Specialty coffee shops, third wave coffee shops… you’ll hear people talk about these as if they’re interchangeable. But are they?

Kris Schackman, CEO of Five Elephant Coffee in Berlin, tells me, “Think of a film. Specialty coffee is the picture, the film you’re watching, and third wave is the cinema you’re watching it in.”

Confused? Viktor Dobai, Co-Founder of the coffee subscription service Bean Bros, gives a more concrete example: “Third wave coffee can be the movement that gives meaning to the coffee you’re drinking. You can learn where exactly the coffee grows, who the farmers are, what processing method they used after the harvest. It tells you the story behind it.”

If the coffee itself is specialty, the attitudes surrounding that coffee are third wave. As for how that coffee is brewed – well, the SCA gives recommendations about dosage, temperature, contact time, and more.

But the tendency towards manual brewing: is that specialty or is it third wave? The desire to taste different coffee varieties? The thrill that comes from a beautiful bloom, that moment when the coffee grounds react to the first dose of water? These points you could spend time debating.

While specialty coffee and the third wave don’t have to go together, they can complement each other very well. However, Kris says, “Some people find [the third wave] very unapproachable, something that’s not for them, and we don’t want that.”

He’s not the only person who is concerned about this. Sebastián Villamizar, Client Relationship Manager of La Palma y El Tucán farm and coffee shop in Colombia, tells me, “You can have a 86+ coffee and brew it perfectly, but if the consumer doesn’t understand what’s behind it, it doesn’t matter how good the coffee is. We need to have the tools and information to transmit it to others. We need to be informed.” (Translated from Spanish to English by the author.)

You’ll hear varying definitions of specialty coffee around the world. And while specialty coffee professionals adhere to the strict guidelines of the SCA, these different perspectives can help us understand the role of coffee in people’s lives and cultures.

Viktor tells me that he thinks, for most people, specialty coffee just means great coffee. He adds, “There are definitely different understandings or opinions on what good or great coffee means, how it should best be processed, roasted and brewed.”

Sajjad Navader is an independent reseller of specialty coffee and coffee equipment in Iran. He tells me that he thinks different countries have their own explanations of it.

And similarly, Carlos says, “If you talk about coffee as a drink, or as a place, a coffee shop, they’re definitely different – not only across different countries, but in one city!” (Translated from Spanish to English by the author.)

Herbert agrees, pointing as well to the differences between the understanding of specialty in coffee-growing countries and consuming-only ones. He suggests that there is a lack of information in certain places – among both producers and consumers.

Sebastián tells me that, when he speaks to other coffee producers across Central America, he believes they have the same understanding of specialty coffee. “We all speak the same language,” he tells me. (Translated from Spanish to English by the author.)

Yet he also thinks that, as producers, they have the responsibility to “educate” people about it.

He finds that that producers don’t usually have all the information and tools to evaluate their coffee’s quality.

This is something that Herbert believes as well. He tells me that quality control is often done by sight alone. “If the beans look good, they’re good – but that’s not enough!” (Translated from Spanish to English by the author.)

Sebastián tells me that it would be good if everybody understood coffee cuppings, brewing methods, and all that goes into producing coffee.

On the other hand, Kris tells me that’s it’s a personal challenge to explain the work behind a cup of coffee to someone who hasn’t visited a farm. “It’s difficult to know and understand if you haven’t experienced it,” he explains.

However, he finds that social media helps. It can show the consumer what’s behind the cup, and make it easier to communicate with producers.

We’ve heard some complex definitions for specialty coffee, but in the end, it’s all about trying to create good coffee. Whether it’s producers carefully harvesting and processing their crops, Q graders looking for complex flavor profiles, roasters selecting different roast curves, or baristas carefully setting up their equipment, the aim is the same.

So my question is: what does specialty coffee mean to you? 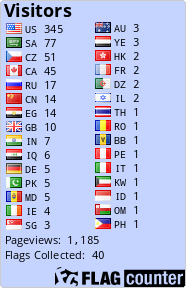